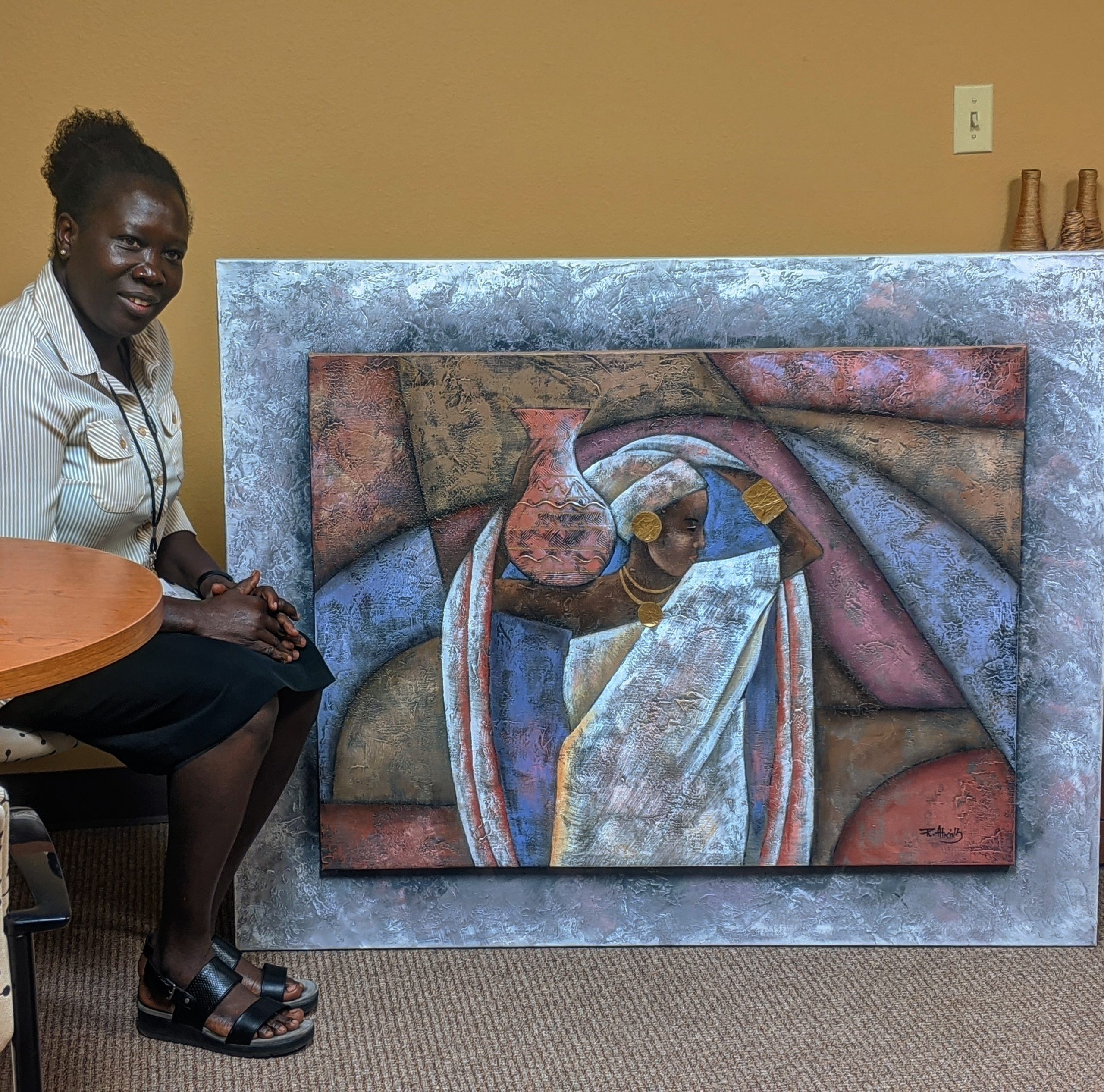 In early March 2020, the weight and enormity of the COVID-19 crisis began to fall heavily on the shoulders of Sister Carmen staff members. As Boulder Valley School District closed on March 13th and statewide closures began two weeks later, we quickly realized that already vulnerable members of the community were going to need so much more help to make it through this.

Micklina, who works as a Bilingual Advocate at Sister Carmen Community Center, was especially worried about some of her participants who are immunocompromised. One of them, Stewart Ressler, is a retired 74 year old artist who lives alone. He usually supplements his income by selling his art in public, but he cannot do that safely anymore. Micklina gave him a call to ask if he was alright and if there was anything he needed. Stewart said it meant so much to him that she took the time to reach out and personally connect with him. He told her that he was doing alright for now, but was worried about how he was going to make ends meet now that he couldn’t sell his art. That income was vital for him to pay rent and keep afloat. He doesn’t have any other safety net.

After a couple months Stewart’s situation got even tougher as it became obvious he couldn’t go out to sell his art anytime soon. So he called Micklina again and asked for help and advice. She was able to give him partial rent assistance for two months from SCCC to make sure he wouldn’t lose his home while he figured out a long-term plan. She then helped him apply and get approved for the LEAP (Low Income Energy Assistance Program) and AAA (Area Agency on Aging) programs. In addition to connecting him to multiple programs, they talked through ideas for a more sustainable plan, such as getting a roommate.

Stewart was extremely grateful and wanted to do something for Micklina in return. So he painted this beautiful portrait of her, saying that he wanted to portray Micklina as he saw her: a strong and caring woman.

Since mid-March, Sister Carmen Community Center has assisted thousands of people through our food bank with over 400,000 pounds of food. We’ve prevented hundreds from becoming homeless or losing other basic needs such as water and electricity by distributing over $500,000 in direct financial assistance for families, and have only been able to do so, because of generous community donations. Please consider the profound impact your gift can make for each of these neighbors. You can make a difference today by donating securely online at ColoradoGives.org/SisterCarmen.

Like Tea and Water: One Family’s Journey to the United States

GIVING SMART: DOES YOUR COMPANY HAVE A WORKPLACE GIVING PROGRAM?
Scroll to top
English Spanish